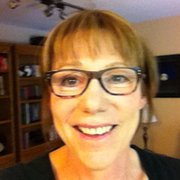 Sheila Benson completed her Master’s Degree in Education, with a speciality in Counselling Psychology, in 1998 from the University of Victoria, in Victoria, BC. Canada, and has worked as both an educator and psychotherapist for the past 19 years.

As a child, Ms. Benson had an innate curiosity about the world that grew into a keen interest in personal development, healing, energy medicine, and the spiritual journey. In addition to her interest in people, Ms. Benson discovered she had natural healing abilities and in 1995 she completed her first certification in Reiki, going on to become a Reiki Master in 1998. Additionally, Ms. Benson has completed training in Healing Touch and Energy Medicine, and has worked as both a Reiki practitioner and practitioner of other healing modalities for over 20 years.

Enthusiastic about her work in the holistic medicine field, Ms. Benson was also drawn to continue her search for something that operated beyond the level of the mind and body, surpassed practices and techniques, and had the power to optimise human potential through true transformation.  This quest led Ms. Benson to learn from some of America’s top Energy Healers and transformational leaders; however, it was not until she was first introduced to Mahendra Kumar Trivedi, also known as Guruji, in February 2012 in an on-line interview, that she knew she had discovered something truly special.

Mahendra Trivedi has the unique ability to harness the energy from the universe and transmit it anywhere on earth, infusing it into living organisms and non-living materials. The energy performs intelligently and beneficially to the recipient’s unique needs, optimising the recipient’s potential at the cellular, molecular, and atomic level, thus leading to lasting changes in their behaviours and characteristics. This unique phenomenon has become world renowned as the Trivedi Effect.

After hearing Mahendra Trivedi speak and experiencing the Trivedi Effect, Ms. Benson signed up for a series of remote biofield energy healing treatments. She immediately experienced improved sleep, improved emotional health and mental wellbeing, a reduction in chronic pain, and a profound sense of peace and tranquillity. Over time, the Trivedi Effect has also completely cleared past emotional trauma that no other healing modality had successfully resolved.

Mr. Trivedi has no religious affiliation and does not endorse any healing modality, recommending that everyone follow their own beliefs and inner guidance. However, some report the Trivedi Effect has deepened their religious faiths (Christianity, Catholicism, Protestant, Baptist, Judaism, Scientology, Hinduism and Buddhism). By entering into higher levels of consciousness through the energy transmissions, people insist having experienced Spiritual Awakenings, more profound experiences during spiritual practices such as yoga, meditation and mindfulness, and greater progress along their Spiritual journey.

Additionally, many people claim they have discovered their life purpose, found their soul mate, or feel more deeply connected to Nature, Spirit and their souls. Others find their capabilities as healers in areas of Integrative Medicine, Holistic Medicine, Functional Medicine, Energy Medicine, Energy Healing, Healing Touch, Tai Chi, Reiki, Qi Gong, massage, acupressure and acupuncture, and other alternative and complementary medicine modalities, have been heightened. Based on reports from her clients, Ms. Benson can attest to an increased capability as an energy healer resulting from the biofield energy treatments from Mr. Trivedi, and the phenomenon known as the Trivedi Effect.

Despite having rapidly gained a substantial body of human testimonials from over 250,000 people that attest to the potent capabilities of Mahendra Trivedi’s biofield treatments on every aspect of the human condition, Mr. Trivedi retained a healthy scepticism and sought to validate The Trivedi Effect with science.

The Trivedi Effect has been tested in over 4,000 scientific studies with world renowned scientists and research institutes in agriculture, livestock, biotechnology, microbiology, materials science, genetics, cancer and human health, with nearly 200 publications in major international peer-reviewed scientific journals that all corroborate the dramatic results reported through human testimonials, thus eradicating the possibility of any placebo effect. These publications have been adopted by the National Institutes of Health, around 900 U.S. universities, and hundreds of top universities internationally. These universities include Princeton, MIT, Yale, Columbia, Brown, Harvard, Penn State, Dartmouth, Cambridge, Oxford and Cornell.

All studies and publications have revealed results that have astounded scientists worldwide and have led to collaborations with major, leading scientists such as Dr. Rustom Roy, a materials scientist from Penn State University who was nominated for the Nobel Prize 23 times. His extensive research and experimentation on the abilities of Mr. Trivedi’s biofield treatments led him to say, “I see him as the completion of what India brought to the world in modern scientific terms…Science is the religion of the world. It’s going to be very tough for the establishment to hold onto old ideas. I think with Mr. Trivedi’s potential, he may become a pioneer in loosening the grasp of old science” and “I have no doubt Mr. Trivedi will change the face of science and human well-being in my lifetime.”

In addition to his research, Mahendra Trivedi has mentored and guided three gifted Spiritual Masters: Mr. Gopal Nyak; Ms. Dahryn Trivedi, and Ms. Alice Branton. Together with Alice Branton, Mr. Trivedi has also developed more than 100 Biofield Energy Healers from around the world. Between 2012 and the present, these Healers have performed several informal experiments with plants and other materials and have shown their ability to harness and transmit the life force with the phenomenon of the Trivedi Effect.

In 2015, a comprehensive, larger scale experiment was conducted to scientifically test, measure, and document the effects of biofield energy treatments performed by these Healers, and the results have now been published in American peer-reviewed science journals. Ms. Benson has been validated as a healer who has the ability to harness the universal life force through the phenomenon of the Trivedi Effect and to transmit this life force around the globe with miraculous results.

Although Mr. Trivedi’s abilities are not fully understood by science today, what is known is that this unique individual has the ability to transfer an energy through his thoughts, which is directed by his intention. This energy acts as if it comes from a form of Universal Consciousness, performing intelligently, universally and fundamentally as a basis for all living and nonliving things on this planet to transform in great ways that act to improve the conditions and foundation of existence on this world.