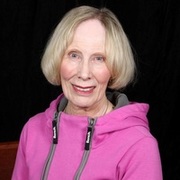 Shirley Holmlund graduated with a Bachelor of Education degree and a Diploma in Educational Media and Technology. She worked in several schools in Edmonton and Calgary, Canada. Her dynamic career as a teacher and Media Specialist, gave her the perfect setting for her life purpose of serving; students, staff, community, and giving system wide influence in lifelong learning. Student health and wellbeing were paramount, and she pursued strategies to optimise potential of all students and staff, and to elevate consciousness in her relationships and interactions, with all involved stakeholders. Team planning and execution, taught her the life skills of cooperation and high expectation for outcomes. She received two awards for her work of excellence in the promotion of media programs; and nominations for her exemplary qualities as a teacher.

Ms. Holmlund is a lifelong seeker of truth in reality and in spiritual awareness; developed from intuition and life experiences, as a child. These experiences were often beyond adult explanation, as her mindfulness about reality, nature and the universe were common questions. Catholicism morphed into a much more encompassing field of spirituality. Holistic health was demonstrated in her home, and the methods of healing observed, were later incorporated into her life.  Her conscious approach to others, made her realise she had a gift to affect change, in a positive manner. Many people received healing relief from her efforts. She enrolled in various modalities, studying with Spiritual and Transformational Leaders, Meditation, Yoga, Body Talk, Qi Gong, Energy Medicine, Reiki, Nutrition, Reflexology and personal development.  No modality totally satisfied her quest.

In 2011 Ms. Holmlund was introduced to a man named Guruji Mahendra Trivedi, who fully brought into focus the arena she was seeking; higher consciousness and what lies beyond the material world.  Mr. Trivedi has the ability to harness a universal consciousness, a life force, called the Trivedi Effect, to transmit and affect the behaviours and characteristics of living organisms and non-living materials, even remotely.  This biofield healing energy is intelligent, able to optimise the potential to know what is needed, in the benefactor receiving the energy.  Master Trivedi has authenticated over 4000 science experiments proving the power of this energy phenomena.  The scientific validation was the key to knowing that the Trivedi Effect healing energy, cannot be dismissed as a Placebo Effect. His topics of study are in Life Sciences and Material Sciences involving human health, cancer, genetics, agriculture, microbiology, biotechnology and livestock.

She signed up for biofield healing treatments and had immediate results.  First, she noticed deeper sleep, indescribable peace, happiness, joy, and deep satisfaction for life. A feeling of health and wellbeing predominates. Ms. Holmlund enrolled in Mr. Trivedi’s Healing Master’s Program, and much learning has occurred in the fields of higher consciousness that have transformed her life. Mahendra Trivedi’s programs and discourses not only address the needs of the students, but his amazing wisdom alters perspective, resulting in infusing higher consciousness into one’s daily life.  Mr. Trivedi has awakened the gift in his students, to harness and transmit this transformational healing energy.

Trivedi Global Inc. also has three other trained Masters, Dahryn Trivedi, Alice Branton, and Gopal Nayak who work with Guruji Trivedi. Ms. Holmlund’s healing journey has included biofield healing energy treatments from all four Masters. All have trained under Mr. Trivedi, and have a powerful resonance of their own. It is interesting how this energy has its “own brand of magic” as it is infused into each individual.  Guruji does not follow any religious modality and encourages clients to follow their own beliefs.

Guruji Trivedi is a true Master, and is most generous and benevolent, in his purpose to greatly improve the world, and its human and planetary conditions. This recipient has benefited so greatly from his efforts.  There is a sense of purpose in life, and it has opened many new possibilities.  She has renewed energy, greater focus, and love of life. There is less fear of the future, more motivation and wellbeing, to journey to new horizons.   The consistent attention that comes from deeper awareness, makes each task attempted more joyful, detailed and has greater meaning.  Her altered perception towards life occurrences, allows her see to deeper meaning, behind each situation.

Mr. Trivedi and Ms. Branton have over 150 publications that have been adopted by the National Institutes of Health (NIH), and copious universities around the world.  Some of these universities are MIT, Harvard, Brown, Penn State, Columbia, Yale, Oxford, Cambridge, Princeton, and Dartmouth are stated on the August list.  Mr. Trivedi’s work continues to gain notoriety in Science and Health to name only a few. Prebiotics, probiotics, nutraceuticals, pharmaceuticals, anti-aging antioxidants, obesity, immune and inflammatory diseases, are important areas presently being studied; a wealth of new discoveries to support health and the humanity.

Mr. Trivedi and Alice Branton have trained over one hundred biofield healers, designing authentic scientific experiments, to test their abilities to unleash this biofield healing energy. This experiment was conducted when the benefactor was in one location, and the students were in all areas around the world. Ms. Holmlund participated in these experiments.  One experiment was conducted with peers, infusing the biofield treatment into living organisms and non- living materials. Another experiment was performed by Ms. Holmlund herself, which included using energy treatments and materials, to change skin cell conditions. Several other groups participated in similar tests, with very positive outcomes. These results are being published in peer-review journals.

Mr. Trivedi’s biofield healing energy treatments, transform the living organisms and nonliving materials at the cellular, atomic and molecular levels.  Guruji performed a compelling experiment at the California Pacific Medical research Institute where he used the Trivedi Effect on cancerous, and noncancerous brain cells. The cancerous brain cells were killed and the noncancerous cells remained intact and were viable.  This is a profound experiment, and a boon to healthcare, where often very invasive techniques are used in fighting cancer.  It also indicates the intelligence and differentiation, of which this healing energy is capable.

A materials scientist, DR. Rustom Roy, who has been nominated for the Nobel Prize 23 times, and has studied Mahendra Trivedi to a great degree, states, ‘I see him as the completion of what India has brought to the world in modern scientific terms… Science is the religion of the world. It is going to be very tough for the establishment to hold onto old ideas.  I think with Mr. Trivedi’s potential, he may become a pioneer in loosening the grasp of old science.”  Roy also has no doubt that “Mr. Trivedi will change the face of science and human wellbeing in his lifetime.”

Mr. Mahendra Trivedi and the Trivedi Effect, are gifts ameliorating the world and humanity; and its possibilities are infinite.

The participants in the Healing Master’s Program, are most supportive of each other’s abilities and talents.  We befriend, support, and encourage each other in our endeavours.  The following healers listed, are also dedicated healers and harnessing the Trivedi Effect.