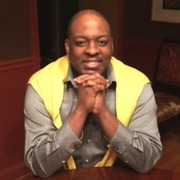 Stephen Phillip Salters who attended Yale University while in high school, went on to Peabody Conservatory, affiliated with John’s Hopkins University in Baltimore, MD. He immediately entered into the professional and international world of singing, making his professional debut while still at university with one of the world’s greatest orchestras. He completed his collegiate degrees with high distinction at Boston University with a Bachelor’s of Music in Vocal Performance, and obtained an Artist Diploma (classified just below a Doctorate) in Voice/Opera. At a very early point in his singing career, Mr. Salters realized through his art that a deeper knowledge or expansion of his consciousness would be required. A seeker of excellence and the highest standards, Mr. Salters continued to nurture his abilities and increase his knowledge about consciousness and the mysteries of the universe. As his affinity for science, math and music grew, he knew there was more. When he was led to The Trivedi Effect® in 2010 through Mahendra Kumar Trivedi’s (also known as Guruji) powerful remote presentations and several face-to- face energy transmissions, he felt the true and amazing power of this expanded Universal Energy that Guruji has wielded and shared with the world for over twenty years. Mr. Salters had never encountered this rare energy until he met Mr. Trivedi, who uniquely harnesses energy from the universe and transmits it to living and nonliving organisms, materials and specimens anywhere in the world. This energy has the ability to optimize the recipient’s needs or potential at atomic, molecular and/or cellular levels, to greatly enhance myriad behaviors and health. Mr. Salters knew he was to share The Trivedi Effect® with the world which would deepen, unify, and ultimately, transcend religious faiths (Christianity, Judaism, Scientology, Hinduism, and Buddhism).

It’s only in retrospect, that Stephen understood that his early discover was indeed related to his unique ability to harness universal energy and transmit it at approximately age 9. For the next eight years, he experimented with humans and animals, with miraculous, soothing results, optimizing their physical health and potential through his voice, body, innate abilities and consciousness. He affected each individual with his “biofield energy treatments”. However, he always knew there was something more expansive and greater to offer all creatures and things great and small, living and non-living. Even after achieving several miracles for clients and himself, he was skeptical and in disbelief. He then focused only on his vocalism. His spiritual and energy work grew while he was learning about harmonics, harmony, melody, etc., studying music with prestigious professionals in the opera world, attending world renowned schools, performing around the globe earning high accolades and superlative reviews. He garnered top prizes at the world’s greatest and most renowned competitions. This was not enough for Mr. Salters, who continued cultivating his abilities and expanding his knowledge of energy, consciousness and the universe, as he knew there was always something that could and would be available to him and the world.

Mr. Trivedi’s unmatched and unparalleled documented successes will stand the test of time. The Trivedi Effect® is documented in over 4,000 scientific studies, constituting the world’s largest database for scientists attempting to understand the power of consciousness, energy and even God. Internationally renowned scientists and research institutes have proven unequivocally, and repeatedly through the rigors of science in human health, cancer, genetics, agriculture, livestock, biotechnology, microbiology and materials science that Mahendra Kumar Trivedi, the Trivedi Masters - Dahryn Trivedi, Gopal Nayak and Alice Branton - and now an elite group of “100+ New Generation Biofield Trivedi Energy Healers” - will continue to create the next most expansive, “miraculous” and scientifically based form of help on this planet through nutraceuticals and Biofield energy treatments using the Trivedi Effect®. The energy flowing through this extraordinary man, through intention and the transference of transformative energy, is directed by Mr. Trivedi’s will and thoughts. It functions time and again, intelligently, universally and fundamentally, as a basis for all living and nonliving forms or entities, to improve conditions, transcend mind/body limitations and create new paradigms. Future scientific verification will demonstrate its seemingly limitless capacity with a wide range of seen and unimagined applications. With more than 250,000 to date and growing, client testimonials report relief from debilitating illnesses, diseases and disorders such as attention deficit disorder (ADD), attention deficit hyperactive disorder (ADHD), bi-polar disorder, post traumatic stress disorder (PTSD) social anxiety disorder (SAD); other anxiety disorders, obsessive compulsive disorder (OCD), irritable bowel syndrome (IBS), psychological disorders, neurological disorders and a wide range of psychosomatic disorders. Sleep disorders, sleep apnea, insomnia, severe migraines, premenstrual syndrome (PMS), low energy are improved with this energy . Other testimonials report the Trivedi Effect® has helped them and their loved ones deal with cancer, shortening their recovery period after receiving chemotherapy and radiation treatment.

Many parents worldwide whose children have varying Autism Spectrum Disorders report that after receiving human biofield treatments, they have seen dramatic changes in their children’s behavior, social interaction, mood, and mental and emotional integration with their environment. The Trivedi Effect® has assisted people with a wide range of problems and conditions with varying degrees of severity, such as sadness, indecisiveness, loneliness, low self-esteem, mood swings, uncertainty, worry, feeling hopeless and worthless, restlessness, emotional trauma, feelings of dissatisfaction and boredom People feel greater happiness, love, calmness, compassion, empathy, enthusiasm, indescribable peace, and inspiration. Other report enhanced sexual performance, deeper relationships, and a pure love of life. Some people have found their soul mates, while others have proclaimed they have had Spiritual Awakenings and entered into levels of higher consciousness. Others feel deeply connected to their souls, to Spirit and have unlocked their life’s purpose.

All studies and publications of the effect of Mr. Trivedi’s Biofield energy treatments reveal results that have astounded scientists worldwide and have led to collaborations with leading scientists such as Dr. Rustum Roy, a materials scientist from Penn State University, who was nominated for the Nobel Prize 23 times. His extensive research and experimentation on the effects of Mr. Trivedi’s biofield treatments have led him to say that Mr. Trivedi is “the completion of what India has brought to the world in modern scientific terms… Science is the religion of the world. It’s going to be very tough for the establishment to hold onto old ideas. I think with Mr. Trivedi’s potential, he may become a pioneer in loosening the grasp of old science… I have no doubt Mr. Trivedi will change the face of science and human well-being in my lifetime.” Mr. Stephen P. Salters counts himself grateful to be among his national and international friends who have the ability to harness this Life-Force Energy and transmit it across the globe in particular those of his peer group: Aileen Carol Lee, San Jose, CA; Aksana Hancharuk, Wheeling, IL; Carola Marina Sand, Esbo, Finland; Debra Jane Schnitzer, Schulenburg, TX; Dr. Rudina Thanasi, Tirana, Albania; Eileen Mary Meagher, Chattanooga, TN; Faith Ann Pyka, Lake Forest, CA; Gary Richard Gerber, Calgary, Canada; Johanna Catharina Stromsnas, Pargas, Finland; Judith Marian Shapiro, Guilford, CT; Laura Nelson Streicher, Fairfield, IA; Lorraine Marie Hachfeld, Mississauga, Canada; Matthew Charles Hornung, Dodge City, KS; Patricia M. Rowe, Wilton, NH; Sally Jean Henderson, Fairfield, IA; Sheila Maureen Benson, Whitehorse, Canada; Shirley Theresa Holmlund, Calgary, Canada.

With Mr. Salters and his group’s scientific validation and association with Mr. Trivedi and his unprecedented experiments, he has come to believe again in the true power and indisputable presence of Source or Source Energy, Consciousness. The ‘God Particle’ has been shown and transmitted through Guruji. Mr.Trivedi is a catalyst of unrivaled consciousness transformation and growth. As his healthy skepticism and intellectual curiosity has been validated by this recent scientific proof with Trivedi Healers, he again embraced his innate gifts and abilities that have exponentially and qualitatively expanded through his work with Mahendra Kumar Trivedi and the internationally renowned Trivedi Effect®.

Trivedi Global, Inc. will collaborate with international multi-billion-dollar research organizations to study the impact of the Trivedi Effect on revolutionary not-yet-seen pharmaceutical and nutraceutical products to be created for overall health, anti-aging, prebiotics, probiotics and antioxidants. Also products that can potentially treat cancer, obesity and inflammation, etc. The Trivedi Effect® will remain at the forefront of this new era that integrates scientific research with consciousness to improve all life and be a magnetizing force and extraordinary benefit for the entire globe.