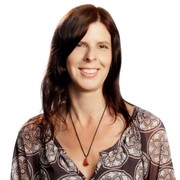 Susan Starling earned her Bachelor’s degree in political science from Virginia Commonwealth University in the U.S. before continuing on to do graduate work in linguistics in Berlin, Germany. Ms. Starling’s skills in language, business and finances enabled her to grow a thriving corporate translation business during her 20+ years of working and raising a family in Germany. Over that time, her eagerness to learn more about natural healing and health led her to explore holistic medicine, and she increasingly devoted more and more time to discovering the best ways for all people to relieve emotional trauma and the resulting physical disorders, mental disorders, and psychological disorders to achieve lasting health and happiness.

An ever-deepening understanding of how truly impossible it is to separate physical health from mental wellbeing inspired Ms. Starling to learn more about human consciousness and spirituality. Her studies were driven by the deep conviction that we all have access to a life of more profound relationships and pleasure in our everyday experiences and that we can use our intelligence to bridge the gap between intellectuality and intuition to follow our life purpose with inspiration and enthusiasm.

In 2011, Ms. Starling’s pursuits combining spiritualism with personal development and human health brought her to Trivedi Global, Inc. After hearing Mahendra Kumar Trivedi speak on a radio talk show about the effects of biofield energy healing treatment on crops, she knew that this was the way forward: using hard science to substantiate the effects of energy medicine and thus eliminating the possibility of the placebo effect. Moreover, the documented scientific experiments on the Trivedi Effect led her to the unmistakable conclusion that the transformation resulting from the biofield treatments was unprecedented in its ability to not only boost agriculture and livestock production without deploying harmful chemicals but also to raise human consciousness and thus increase human capability for physical health and emotional wellbeing.

This potential to optimise both living beings and nonliving materials comes from Mahendra Kumar Trivedi’s unique ability to harness the energy from the universe and transmit it to living organisms or non-living materials anywhere in the world. The energy performs intelligently and beneficially to the recipient’s unique needs, optimising the recipient’s potential at the cellular, molecular and atomic level, thus leading to lasting changes in their behaviours and characteristics – a unique phenomenon that has become world renowned as the Trivedi Effect.

What ensued was a long and fulfilling association in which Ms. Starling became privy to the knowledge of Guruji, as Mr. Trivedi is known to his students, on universal consciousness and how this energy can be harnessed to produce results in fields as varied as materials sciences, life sciences, biotechnology, microbiology, and all areas involving the human biofield from cancer and genetics research to psychosomatic disorders arising from stress, anxiety, fear, loneliness, sadness, and low self-esteem.

Today, Ms. Starling strives to integrate the knowledge she has acquired and her abilities in energy healing gained under the tutorage of Mr. Trivedi to help others achieve a life free of worry, depression, and mood swings and full of motivation, love and affection, compassion for others, calmness, love of life, and an indescribable sense of peace – all of which she has found to result from the altered perceptions and transformation brought about by the biofield energy treatments implementing the Trivedi Effect. In her work, Ms. Starling focuses in particular on improving emotional health and mental potency with an emphasis on relationships of every kind, whether arising from business ventures or personal environment and integrating spiritual awakenings with practical considerations such as finding a soulmate and achieving sexual satisfaction.

In her work with Mahendra Kumar Trivedi, Ms. Starling has had the unique privilege of learning from a true master and transformational leader who has himself collaborated with prominent scientists from all over the world. Dr. Rustom Roy, a materials scientist from Penn State University nominated 23 times for the Nobel Peace Prize, said about Mr. Trivedi: “I have no doubt that Mr. Trivedi will change the face of science and human well-being in my lifetime,” and “I see him as the completion of what India has brought to the world in modern scientific terms. Science is the religion of the world. It’s going to be very tough for the establishment to hold onto the old ideas. I think, with Mr. Trivedi’s potential, he may become a pioneer in loosening the grasp of old science.”

Dr. Roy is referring to the vast collection of more than 4,000 scientific studies completed by Mahendra Trivedi and the resulting publications in major international, peer-reviewed scientific journals, all supporting the dramatic results reported through human testimonials. Those publications have been adopted by the National Institute of Health, around 900 U.S. universities, and hundreds of top universities around the world including Princeton, MIT, Yale, Columbia, Brown, Harvard, Penn State, Dartmouth, Cambridge, Oxford, and Cornell. All of the studies and publications have revealed results that have astounded scientists worldwide and led to collaborations with leading scientists in the international arena.

Mahendra Trivedi’s work within the international scientific community is extensive and ongoing. This research constitutes an invaluable database for scientists attempting to understand the power of consciousness, energy medicine, and the human biofield of energy. The Trivedi Effect is continuously being applied to a broad range of scientific fields to extend and transcend beyond the frontiers of the current scientific paradigm. By harnessing the potential and heightened capacity of the human biofield, Mr. Trivedi has successfully transformed living organisms and non-living materials at the atomic, molecular, and cellular structures of existence to greatly enhance, potentize, and alter the characteristics and behaviours of the treated specimen.

With the support of science research performed at the California Pacific Medical Center Research Institute, it has been concluded that the biofield energy treatments administered by Mr. Trivedi have an inherent intelligence that treats each recipient and specimen uniquely. In one particular study, Mr. Trivedi administered his biofield energy treatment to a mixed sample of both cancerous and noncancerous cells. The results showed that the biofield treatment was able to kill the cancerous cells while at the same time promoting the viability of the noncancerous cells. According to Dr. Garret L. Yount, Ph.D., “The results suggest that the biofield treatment administered in the laboratory can induce cell death of brain cancer cells from a distance while at the same time promoting the viability of normal brain cells. Such selective efficacy against cancer cells is the sought-after ‘holy grail’ for novel experimental anti-cancer agents and makes this work all the more exciting.

A large and rapidly growing number of people have experienced the Trivedi Effect phenomenon and insist that their lives have new meaning and they are feeling greater levels of happiness and self-esteem along with an increased sense of spirituality, pleasure, and empathy that they have thus far not obtained from their religious practices or spiritual practices including yoga, meditation, and mindfulness. Even though Mr. Trivedi has no religious or spiritual affiliation and recommends that everyone follow their own beliefs and inner guidance, and he moreover does not endorse any specific healing modality, people have found that the biofield energy treatments have created more profound experiences on their spiritual journey as well as heightened the potential and capabilities of many healers and health care industry workers such as Reiki healers and practitioners of Tai Chi, Qi Gong, Healing Touch, Energy Healing, Energy Medicine, Life Coaching, and massage, acupressure, and acupuncture, etc.