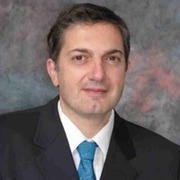 Thomas began his working career as a Computer Technician in the Information Technology field on the last days of the main frame computers. Later in life he pursued various technical career paths; worked as research associate, laboratory technician and technologist at R&D and technology companies. Born with some then unknown natural healing abilities, later in life Thomas has been discovering, growing, learning and evolving as a healer since the early 1990’s.

Thomas’ fascination with the power and functions of the human mind, and its profound effects upon our health and well being, lead him on a path of deep self-discovery, which transitioned into the inquiry of other avenues of psychology and mental health. He considers himself a spiritual seeker after reading many books on the topic.

Thomas’ journey started in Toronto in energy healing; he learned to facilitate lying on the hands type of healing methods. Later in the 2000’s Thomas studied Neuro-linguistic Programming, Design Human Engineering, Clinical and Medical Hypnotherapy and other mind related modalities with top subject experts. He had attended many related seminars, training courses and workshops of leading transformational leaders, spiritual masters, and famous well known energy healers throughout his life. All of these teachers had a story to tell and a process to teach; one that worked for them most of the time; later on it turned out, they had not much to do with true spirituality and higher consciousness.

In 2007 Thomas has become a practitioner in Calgary Alberta Canada and started actively seeing individual and group clients on a regular base all the way until January 2016, when he moved to Vancouver, British Columbia.

As a volunteer Thomas has treated over 100 victims of domestic abuse in a Calgary-based recovery center for abused women, while practicing at four locations in town.

The customizable system Thomas used to offer was a unique blend of therapies, which was designed to perfectly adapt to his clients’ needs. The system released the subconscious hurdles, which keep everyone bound, and replaced them with positive empowering consciousness, allowing his clients to move forward fearlessly through their lives.

In March of 2004 Thomas was fortunate to met Guruji Mahendra Trivedi during one of His North-American tours in Toronto, Ontario Canada. As Mr. Trivedi has demonstrated His unique ability to harness the energy from the universe and transmit it to living organisms (plants, trees, animals and humans) or nonliving materials (metals, ceramics, polymers, etc.) anywhere in the world; Thomas has witnessed miracle after miracle on Guruji’s healing tours and speaking engagements; such as disabled people threw away their canes and started walking after a single treatment by Mr. Trivedi. Thomas was also impressed with Mr. Trivedi’s extensive 4,000 scientific studies in human health, cancer, microbiology, genetics, livestock, agriculture, biotechnology and materials science and at the time, over 100,000 testimonials on the earlier version of the globally recognized Trivedi Effect®. Mr. Trivedi’s popularity was very high in the metaphysical and healing communities while everything He claimed was backed up by scientific validation and verification by third party, well known and recognized laboratories around the world.

After personally receiving his first Biofield Energy Healing Treatment/"Energy Transmission" from Guruji back in 2004, Thomas felt far more confident and he was able to move forward to reach greater heights in his career as the quality and the results of his work also become significantly better than before.

Whenever it was possible, Thomas has actively volunteered at the Trivedi organization and also joined Mr. Trivedi’s Healers Mastery Program in 2013. Everyone in the program enjoyed the powerful discourses that Guruji taught us; presenting nothing but the truth.

As an active and regular participant in the Healing Masters group for a couple of years, with the help of Mr. Trivedi as a catalyst and the Trivedi Effect®, Thomas has quickly discovered that he has been gifted with the ability to harness and transmit the Universal Life Force around the world within five minutes and he immediately realized that all of his previous training and healing practice were process based and the process was actually no longer required. As a Trivedi Healer, he no longer needs to utilize any of the previously used modalities or processes. The intelligent and more advanced Trivedi energy, which is a ‘one-energy system’ provides solution to all by raising the consciousness and the vibration of the subject by connecting it to the Universal Life Force.

Nowadays Thomas provides in-person and also remote energy transmissions to any location around the world when it’s requested. Skype is a convenient way to connect with anyone around the world.

The Trivedi mission statement is to utilize the Trivedi Effect® to usher in a new era that integrates scientific research with consciousness to vastly improve the human condition and benefit humanity on a global scale. Although it seems clear that the Trivedi Effect® energy has some sort of inherent intelligence that is capable of distinguishing and treating each recipient uniquely, a study conducted to assess the Trivedi Effect® biofield energy treatments on a mixed sample of cancerous and noncancerous cells at the California Pacific Medical Center Research Institute provides undeniable support to this theory:

“The results suggest that the biofield treatment administered in the laboratory can induce cell death of brain cancer cells from a distance while at the same time promoting viability of normal brain cells. Such selective efficacy against cancer cells is the sough after ‘holy grail’ for novel experimental anti cancer agents and makes this work all the more exciting.”

A large and rapidly increasing number of people have experienced The Trivedi Effect phenomenon and insist that their lives have new meaning and they are feeling greater levels of happiness, love, compassion, motivation, indescribable peace, inspiration, intuition, spirituality, enthusiasm, intelligence, intellectuality, self esteem, affection, pleasure, sexual orgasm and ejaculation, sentiments, empathy, calmness, deeper relationships, eagerness, as well as altered perceptions and a love of life. People say they have found their soul mates, while others have even insisted they have experienced Spiritual Awakenings by entering into levels of higher consciousness, while others say they feel deeply connected to their souls and to Spirit and have discovered their life’s purpose.

Although Mr. Trivedi has no religious or spiritual affiliation and recommends everyone follow their own beliefs and inner guidance, people have found that the biofield energy treatments have created more profound experiences during spiritual and religious practices, like yoga and meditation, as well as heightened the potential and capabilities of many healers and health care industry workers, like Reiki healers and practitioners of Tai Chi, Qi Gong, Healing Touch, Energy Healing, Energy Medicine, etc., even though Mr. Trivedi does not endorse any healing modality.

Mr. Trivedi has been identified as a man full of miracles because the abilities and things he has proven capable of through scientific application and assessment is not fully understood by science today, but has unquestionably proven itself to be true.

What is known is that this unique individual has the ability to transfer an energy through his thoughts, which is directed by his intention. This energy acts as if it comes from a form of Universal Consciousness, performing intelligently, universally and fundamentally as a basis for all living and nonliving forms or entities on this planet to transform in great ways that act in order to improve the conditions and foundation of existence on this world.

We have met many major and world renowned scientists and other individuals that are identified as “experts” in the areas of consciousness and biofield energy, each with their own interpretation or assessment of the nature or origin of The Trivedi Effect through the lens of their personal knowledge and expertise. Currently we are not attempting to explain the nature and origin of this energy as we find it does not fit into any existing beliefs or paradigms available on this planet. However, by way of scientific verification, we are aware that its impacts are universal and can be applied to both living and nonliving substances with seemingly limitless capacity that has exceedingly wide reaching applications for the betterment of the world.