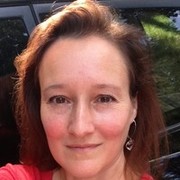 Ms. Vannes is a natural born healer.  While a young child, Victoria came to understand the transformational quality of energy from a simple classroom demonstration given by an employee from a local electric company.  This employee had brought in a figure of Reddy Kilowatt, whose nose was a light bulb.  And while demonstrating how the electricity flows through the wiring and lit the light bulb, he stated that energy never dies, but only transforms into another energy form.

From that point on, Victoria saw the power of energy as transformational.  She began a journey to learn how to develop her gifts and deepen her understanding of the transformational power of energy.  She studied Feng Shui and learned how the energy of one’s environment could influence one’s life.  She studied Reiki and learned how energy flowing in one’s body could influence one’s health.  And while having learned many techniques from energy healers, Victoria was unsatisfied with their limitations and seeked a genuine catalyst of transformation.  She sought something much greater, that could help people optimise their potential beyond the world’s current understanding.

In early 2010, Ms Vannes was introduced to Mahendra Kumar Trivedi and the Trivedi Effect remotely through group phone calls.  After a short time, Victoria realised that her chronic eye condition had healed.  She had suffered for years with a condition that caused her cornea to tear while sleeping, causing great pain and required nightly applications of eye ointments.  A few weeks after receiving the Trivedi Effect, Victoria stopped using the eye ointments and never suffered another cornea tear.

Mahendra Kumar Trivedi has the unique ability to harness the energy from the universe and transmit it to living organisms or nonliving materials anywhere in the world. The energy performs intelligently and beneficially to the recipient’s unique needs, optimising the recipient’s potential at the cellular level, molecular and atomic level, thus leading to lasting changes in their behaviours and characteristics.  This unique phenomenon has become world renowned as the Trivedi Effect.

Ms. Vannes was drawn to the Trivedi Effect’s ability to transform and elevate her own human experience; and the documented scientific experiments on the Trivedi Effect convinced her that this was the genuine means for transformation that she had been seeking.

Mr Trivedi has no religious affiliations and does not endorse any healing modality.  He recommends that everyone follow their own beliefs and inner guidance.  However, some report that the Trivedi Effect has deepened their religious faiths (Christianity, Catholicism, Protestant, Baptist, Judaism, Scientology, Hinduism and Buddhism).  People have reported that the Energy Transmissions have elevated them into higher levels of consciousness, increasing spiritual awakenings, especially while doing yoga, meditation, and mindfulness practices. And also deepening their practice of energy healing; Reiki, Integrative Medicine, Holistic Medicine, Healing Touch, optimizeTai Chi, Qi Gong and other alternative medicine modalities.

Mr. Trivedi was aware of the possibility of the placebo effect, despite numerous testimonials describing improvements in physical health, relationships, mental clarity, career, and finances. And he turned to rigorous scientific application to evaluate the authenticity of the Trivedi Effect.  Mr. Trivedi conducted over 4,000 scientific studies on the Trivedi Effect in agriculture, livestock, biotechnology, microbiology, genetics, human health, cancer and material science. Nearly 200 papers have been published in leading peer-reviewed scientific journals, documenting measured results of the Trivedi Effect, and so excluding the possibility of the placebo effect.

Dr. Rustom Roy, a materials scientist from Penn State University, who was nominated for the Nobel Prize 23 times, after having collaborated with Mr. Trivedi predicts that Mr. Trivedi’s science research would trigger the upstart of a new paradigm of understanding.

Mr. Trivedi and Ms. Branton have developed more than 100 Biofield Energy Healers, and Ms. Vannes is one of the Biofield Energy Healers that uses the Trivedi Effect to harness the energy from the universe and transmit it to anywhere on earth, infusing it into living organisms and nonliving materials to optimize their potential.

Ms. Vannes has a special affinity for working with children, after teaching children for over 25 years. She has seen that children seem more open to receiving transformational energy. Parents who sought the Trivedi Effect for their children have noted improvements in their emotional and mental wellbeing.  Parents are seeking help for their children for attention deficit disorder (ADD), attention deficit hyperactive disorder (ADHD), anxiety, stress, panic attacks, obsessive compulsive disorder (OCD), low-self esteem, depression, social anxiety disorders, bipolar disorder, anorexia nervosa and anorexia bulimia.  While parents with children who have Autism Spectrum Disorders have observed visible and dramatic shifts in their children’s mood, social interaction, awareness and behavior.