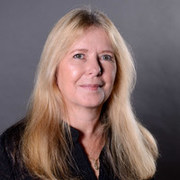 Viviane J. (Kris) Elig completed her Bachelors of Science degree from National University, San Diego, CA. in 1999. She worked six years as a police officer before founding her own business; Professional Pet Sit, Inc. Kris is certified as a Soul Coach and Life Coach, and has trained under many transformational leaders and spiritual teachers.

Kris developed her intuition at a very young age and has worked to increase her higher consciousness through spiritual practices including; meditation, Qigong, spiritual studies, and training with enlightened teachers. Kris has authored several articles in the iPad magazine  "The Essence of Spirit, Mind & Body". Kris’ goal and desire in life as an energy healer is to assist people and animals in achieving their highest good with universal Divine assistance “Energy Transmissions”.

Kris met “Guruji” Mahendra Trivedi in 2010. Mr. Trivedi has the unique ability to harness universal energy and transmit it to living and nonliving organisms/materials. This is known as the Trivedi Effect®.

Quoted from Mr. Trivedi’s biography; Mr. Trivedi has completed over 4,000 scientific studies in human health, cancer, microbiology, genetics, livestock, agriculture, biotechnology and materials science. He has around 200 publications in international peer-reviewed scientific journals. These publications have been adopted by the National Institutes of Health, around 900 U.S. universities, and hundreds of top universities internationally, including Princeton, MIT, Yale, Columbia, Brown, Harvard, Penn State, Dartmouth, Cambridge, Oxford and Cornell. These studies and publications have revealed results that have astounded scientists Worldwide and have led to collaborations with major, leading scientists such as Dr. Rustom Roy, a materials scientist from Penn State University who was nominated for the Nobel Prize 23 times. His extensive research and experimentation on the Abilities of Mr. Trivedi’s biofield treatments led him to say, “I see him as the completion of what India has brought to the world in modern scientific terms. Science is the religion of the world. It’s going to be very tough for the establishment to hold onto old ideas. I think with Mr. Trivedi's potential, he may become a pioneer in loosening the grasp of old science” and “I have no doubt Mr. Trivedi will change the face of science and human well-being in my lifetime.”

In addition from Mr Trivedi’s biography,  “Mahendra Kumar Trivedi’s biofield treatments have assisted people with a wide range of varying conditions and problems with varying degrees of severity that, with the support of science research performed at the California Pacific Medical Center Research Institute, it has been concluded that the biofield energy treatments administered by Mr. Trivedi have an inherent intelligence that treats each recipient and specimen uniquely. In one particular study at the California Pacific Medical Center Research Institute, Mr. Trivedi administered his biofield energy treatment to  A mixed sample of both cancerous cells and noncancerous cells. The results showed  That the biofield treatment was able to kill the cancerous cells while at the same time  Promote the viability of the noncancerous cells: “The results suggest that the  Biofield treatment administered in the laboratory can induce cell death of brain  Cancer cells from a distance while at the same time promoting viability of normal  Brain cells. Such selective efficacy against cancer cells is the sought after ‘holy grail’  For novel experimental anti-cancer agents and makes this work all the more exciting.

With this universal power called the Trivedi Effect®, Gopal Nayak, Dahryn Trivedi, and Alice Branton, all became Masters of this energy in a short amount of time. In addition all three have participated in science with phenomenal results, and have been published in peer-reviewed publications nationally and internationally. Ms Branton has coauthored with Mr. Trivedi in over 150 international peer-reviewed science publications on the capabilities of the Trivedi Effect®.

Kris entered the Healers Mastery Program in 2011, and herself has participated in the science of  Biofield Energy Healing Treatment "Energy Transmissions" with great success. Her abilities have been adopted by the National Health Institute, and accepted by top universities being published in peer-reviewed science publications on the capabilities of the Trivedi Effect®.

Kris Elig, along with her peers were able to effect minerals and nutraceuticals remotely thousands of miles away using Biofield Energy Healing Treatment “Energy Transmissions”.

On Thursday, January 12, 2016, Kris Elig, along with nineteen of her peers (listed below), participated in Trivedi Science experiments, and were able to positively effect minerals and nutraceuticals remotely thousands of miles away using Biofield Energy Healing Treatment “Energy Transmissions”.