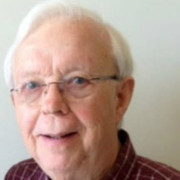 William Plikerd received his Doctor of Dentistry degree from The Ohio State University in 1961. He finished a one year Dental residency at the Brighton Marine Hospital, MA and completed his Orthodontic Specialty at Ohio State University in 1967. During his long career he has treated children and adults with a wide variety of dental and orthodontic problems including facial and tempo-mandibular joint pain. For the last several years his focus has been on children with the most severe, handicapping conditions as defined by the State of Ohio. Some of these children face additional challenges as many are being treated medically for Attention Deficit Hyperactive Disorder (ADHD), asthma, allergies of all kinds, severe migraines, depression, self esteem issues, eating disorders, anxiety disorders, Autism Spectrum Disorders, and Down Syndrome.

Dr. Plikerd’s goal has always been to optimise his own potential in service to others. Therefore, early in his Orthodontic practice he was constantly searching for teachers and mentors who were on the leading edge of scientific research regarding optimum health and human potential. In 1978 Dr. Plikerd’s concern about the toxic effects of mercury and fluoride frequently used in dentistry led him to the Holistic Dental Association where he served on the executive board for several years. He studied alternative and complimentary modalities of Holistic Health extensively such as Nutrition, Hypnosis, Meditation, Touch for Health, Therapeutic Touch, Homeopathy, Acupressure, and Craniosacral Therapy. In 1985 he became an Associate Member of the Osteopathic Cranial Academy and studied with renowned osteopaths, further developing his abilities to sense and work with subtle energies.

Dr. William Plikerd was born in 1931 with an inherent gift of empathy and intuition. From early childhood William was immersed in biblical study, explored many traditional religious groups from Baptist, Nazarene, Presbyterian, and Catholic, to non-traditional New Age Spirituality. Two near-death experiences during his twenties instilled a deep desire to know his life’s purpose and convinced him that he had a special destiny. His Spiritual journey led him to a form of Spiritual Energy Healing called Attunement - “atone- meant” with life/nature. He became an Attunement Server whose treatment yielded profound physical and emotional effects for the recipients. However, he found that labelling something “Spiritual Healing” was met with resistance and scepticism among his peers.

By early 2010 Dr. Plikerd had become disheartened by the seemingly insurmountable limitations of traditional and holistic healthcare modalities that created barriers to the fulfilment of the transformation he had long been seeking. This feeling became so intense that he cried out in frustration to the God of his understanding, “Can’t someone come on this earth with the ultimate Spiritual Powers to heal and the ability to validate the results?” His inner guidance replied, “He is already here.”

In March 2010, Dr. Plikerd was introduced to Guruji Mahendra Kumar Trivedi’s website and was captivated to learn that Mr. Trivedi had the unique ability to harness energy from the universe and transmit it to living organisms and non-living materials anywhere on the globe. Once infused, the energy performs intelligently and beneficially to the specific needs of the recipient, optimising the potential of the recipient at the cellular, molecular and atomic level, thus leading to lasting changes in their behaviours and characteristics. This amazing phenomenon has become internationally acclaimed as the Trivedi Effect®.

Dr. Plikerd was quick to request a remote energy transmission from Mr. Trivedi in order to experience the Trivedi Effect® personally. This intensely pleasurable energy was unlike anything William had previously experienced. Afterwards, he fell into a long, peaceful sleep and awoke with a greater enthusiasm for what the future might bring.

Two weeks later, Dr. Plikerd attended a public meeting where Mr. Trivedi was the speaker. While Mr. Trivedi’s English was heavily accented, his aura and presence filled the room and clearly communicated and conveyed to Dr. Plikerd that this was the person he had been seeking. A personal energy transmission from Mr. Trivedi filled him with bliss. The Trivedi Effect® had confirmed its ability to transform his life, elevate his consciousness and open the path to fulfilling his destiny, thus William’s association with Guruji MahendraTrivedi had begun.

Dr. Plikerd attended multiple retreats, webcasts and webinars along with others of like mind who were drawn to participate in consideration of higher consciousness and Mr. Trivedi’s unique gift. William has received many biofield energy transmissions from Guruji, both in-person and remotely, as well as from Dahryn Trivedi, Alice Branton and Gopal Nayak, the Spiritual Masters who are expanding Guruji’s mission.

Since his involvement, Dr. Plikerd has witnessed countless testimonials from those experiencing the Trivedi Effect®. William’s personal testimony relates to life-altering improvements in health and blood pressure, but more importantly, to a miraculous sense of oneness with his inner guidance and a significant increase in the energy that now can flow through him via the Trivedi Effect®. Many recipients have spoken of relief from debilitating illnesses, diseases and disorders, such as chronic pain, fibromyalgia, arthritis, sleep disorders, chronic fatigue, sexual dysfunction, and severe migraines. Others, including those suffering from cancer who previously received chemotherapy and radiation treatments experienced improved immune systems and increased ability for self-healing.

Mr. Trivedi has received such testimonials from over 250,000 individuals regarding the extraordinary benefits from his biofield energy treatments on every possible aspect of their lives. Being aware of the power of persuasion and human susceptibility to the placebo effect, Mr. Trivedi wanted to assess, through the arena of science, the authenticity of the Trivedi Effect®. Over 4,000 scientific studies have been conducted in many life and material sciences including: agriculture, livestock, biotechnology, microbiology, genetics, cancer and human health. He has nearly 200 publications in leading international peer-reviewed scientific journals, documenting the results of the Trivedi Effect®, thus removing any consideration of the placebo effect. These publications have been adopted by the National Institutes of Health and hundreds of universities, including Princeton, Yale, Columbia, Brown, Harvard, Penn State, Cambridge, and Oxford.

Dr. Rustum Roy, a materials scientist from Penn State, nominated 23 times for the Nobel Prize, predicted that Mr. Trivedi’s science research would trigger the upstart of a new scientific paradigm of understanding. After extensive research and experiments of Mr. Trivedi’s biofield treatments he said, “I see him as the completion of what India has brought to the world in modern scientific terms. ...Science is the religion of the world. It’s going to be very tough for the establishment to hold onto old ideas. I think with Mr. Trivedi’s potential, he may become a pioneer in loosening the grasp of old science… I have no doubt Mr. Trivedi will change the face of science and human well-being in my lifetime.”

Further, a study conducted at the California Pacific Medical Center Research Institute on a mixed sample of cancerous and noncancerous cells provides compelling evidence that the Trivedi Effect® energy has inherent intelligence.

According to Dr. Garrett L. Yount, Ph.D., “The results suggest that the biofield treatment administered in the laboratory can induce cell death of brain cancer cells from a distance while at the same time promoting viability of normal brain cells. Such selective efficacy against cancer cells is the sought after ‘holy grail’ for novel experimental anti-cancer agents and makes this work all the more exciting.”

Dr. Plikerd and many others have participated in the Healing Masters programs designed by Mr. Trivedi to strengthen the connection to our inner guidance system, and ultimately to the infinite source of the Universal intelligence. The daily Trivedi Effect® transmissions are the catalyst for that process, which has catapulted William to higher and higher levels in his ability to facilitate transformation and healing in his patients and clients.

Significant results in such experiments would clearly help to advance Mr. Trivedi’s mission of utilising the Trivedi Effect® to bring about a new era that integrates scientific research with consciousness resulting in vastly improving the human condition and benefiting all of humanity.